I know a great deal has been written in the East African Standard about this year’s Kenya Schools’ Drama Festival – but there are a couple of story’s connected with the Festival which have not appeared and which, I feel, are worth recounting.

They both concern the Wajir Secondary School, which was the first team from the North Eastern Province to have entered the Festival in its 15 years’ existence.

Wajir were runners up and their success was undoubtedly due to their headmaster, Mr. Preet-Ryatt, who won the “Best Actor” award in the festival eight years ago.

Mr. Preet-Ryatt became involved in theatre in the 1950s when he was at the then Government Asian School, now better known as Kenyatta College.

His interest in the theatre was sustained when he went to London University and gained a teaching diploma in English.

The other little story is about the Wajir team.

Like most schools they had not got a lot of money to throw around and when they decided to enter the Festival this year it was a matter of scraping together as many shillings as they could to hire a lorry to bring them to Nairobi, on what, as first-timers they thought could not possibly be more than a one-night stand.

Their success in getting through to the finals came, therefore as a mixed blessing.

But accommodation was found for them in the S.S.D Hall in Duke Street, and a fund for food soon attracted a substantial number of donations, including £50 from the Voice of Kenya and appropriately, £10 from the Freedom From Hunger Fund.

Wednesday night at the Kenya School’s Drama Festival saw not only further originality but considerable variety too. Three more new plays were presented, each with something special to offer of its own.

Wajir School’s spectacular Mohammed Hassan of Griftu was another break-through in schools’ drama, in that Wajir was the first school from the North-Eastern Province ever to complete in the Festival.

And it was a frankly thrilling “first” too, in which the very special atmosphere of that part of Kenya was colourfully reproduced on the stage.

The plot was simple, and concerned a man’s desire to educate his son and the envisaged outcomes of this.

But it was told in driving, breathtaking, terms in which movement, mime and costume were significant and well-blended features.

Especially appealing was the underlying satire of the script which was tellingly brought to the fore in the cynical twist at the end: the D.C.s, baranzas (where Swahili required interpretation into the vernacular) were one instance of the richness of the play’s comedy.

Action, moreover, was skillfully connected by well-written sometimes “tongue-in-cheek”, narration, most effectively delivered. This was very much something new and made one eager to see more of what North-Eastern schools might offer.

The 1973 Kenya Schools Drama Festival got off to a good start last Monday but with twenty-two productions from six Teacher Training Colleges and 16 secondary schools, representing the eight Provinces of Kenya, to go on stage before the start of the national finals at 8 p.m. next Saturday there is no doubt that the Festival is becoming top-heavy.

However, the highlight of this week’s Festival was undoubtedly Wednesday when history was made with the appearance of the Wajir Secondary School and this also the North Eastern Province for the first time ever in the annual event. The play was written and produced by the School’s Headmaster H. S. Preet-Ryatt and based on the theme of the necessity of education not only for the sake of progress in this modern world but, just as important for rural or nomadic people for the sake of survival.

As one personally concerned with the administration and progress of the North Eastern Province at one time, I actually viewed the Wajir Secondary School when it was nearing completion during 1966; it gave me added pleasure when the production and the performances proved to be of a high enough standard to result in their being asked to remain behind for the national finals. I would particularly pick out the top standard performance of young Mohamed Hassan as the Hassan of the title, Abdikadir Hassan as the chief and above all the outstanding young Ahmed Mohamed Haji as the storyteller, who must also be congratulated for the exceptional quality and style of his spoken English.

This production was also excellently set, dressed and lit; the lighting being particularly effective in conveying the dry, desert-like region in which the village of Griftu is built. If I seem to have dwelt on this particular entry, I make no apologies for one must take into consideration that this was the first time this school has entered the Festival, seen Nairobi, appeared on any stage, leave alone the frightening experience of being thrown off the deep end, so to speak, by making one’s debut at the National Theatre and for the first time before a formal audience.

The chairman of the Board of Governors of Wajir Secondary School, Mr. E. K. Mbaabu, who is also the Wajir D.C., has thanked the staff and the 1972 Form Four pupils for the marvellous performance in School Certificate results.

He appealed to the present Form IV to work hard and take up the challenge of the previous pupils.

The headmaster of the school, Mr. Preet Ryatt, said the good performance was due to the adequate staff and the hard work put in by the students.

Addressing the Wajir District Education Board, the deputy Provincial Education Officer, Mr. Farah, has urged the people to build girls’ boarding schools in the area and has said that the Government will provide boarding facilities.

Girls’ education in the area was “low” and he appealed to the members to encourage parents to send their girls to school. If the people build a girls’ boarding school in the area, those girls who usually go with their parents in search of grazing could enjoy boarding facilities.

Mr. Farah thanked the education board for the campaign they organised to get more children to go to school.

THE students and staff of Wajir Secondary School deserve congratulations on their performance on two commendable occasions: Last year’s EACE in which, considering the number of candidates, the result is worth of mentioning and even praise.

The second occasion was the school’s entry in the recent School’s Drama Festival in which, in spite of the

fact that Wajir does not enjoy the same opportunities in staging drama as such Schools as Lenana, Alliance and many others in Nairobi, the School nevertheless took second prize for its play Mohammed Hassan.

It is my hope that the same enthusiasm will prevail in Wajir to bring forth more wonderful results. 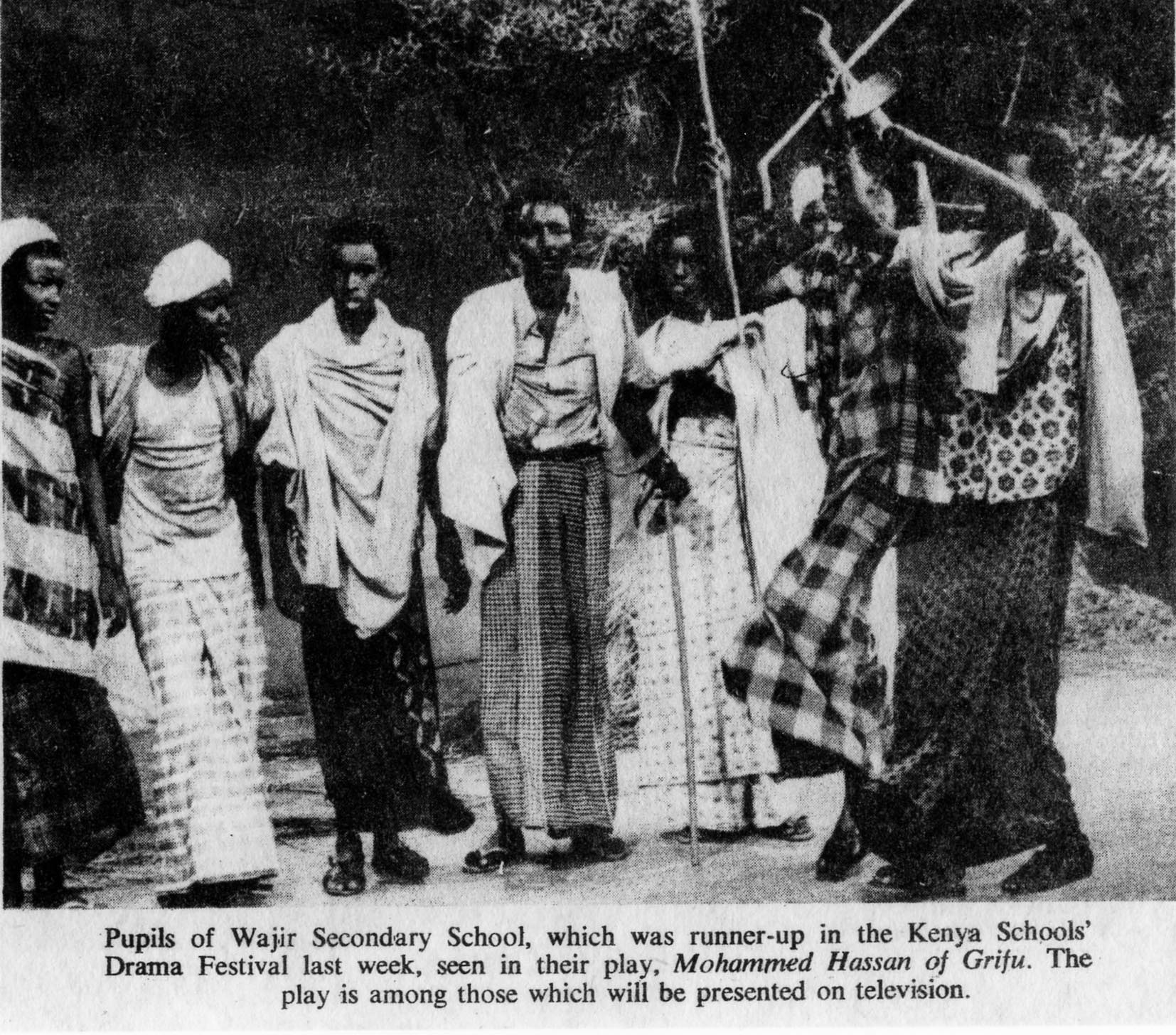 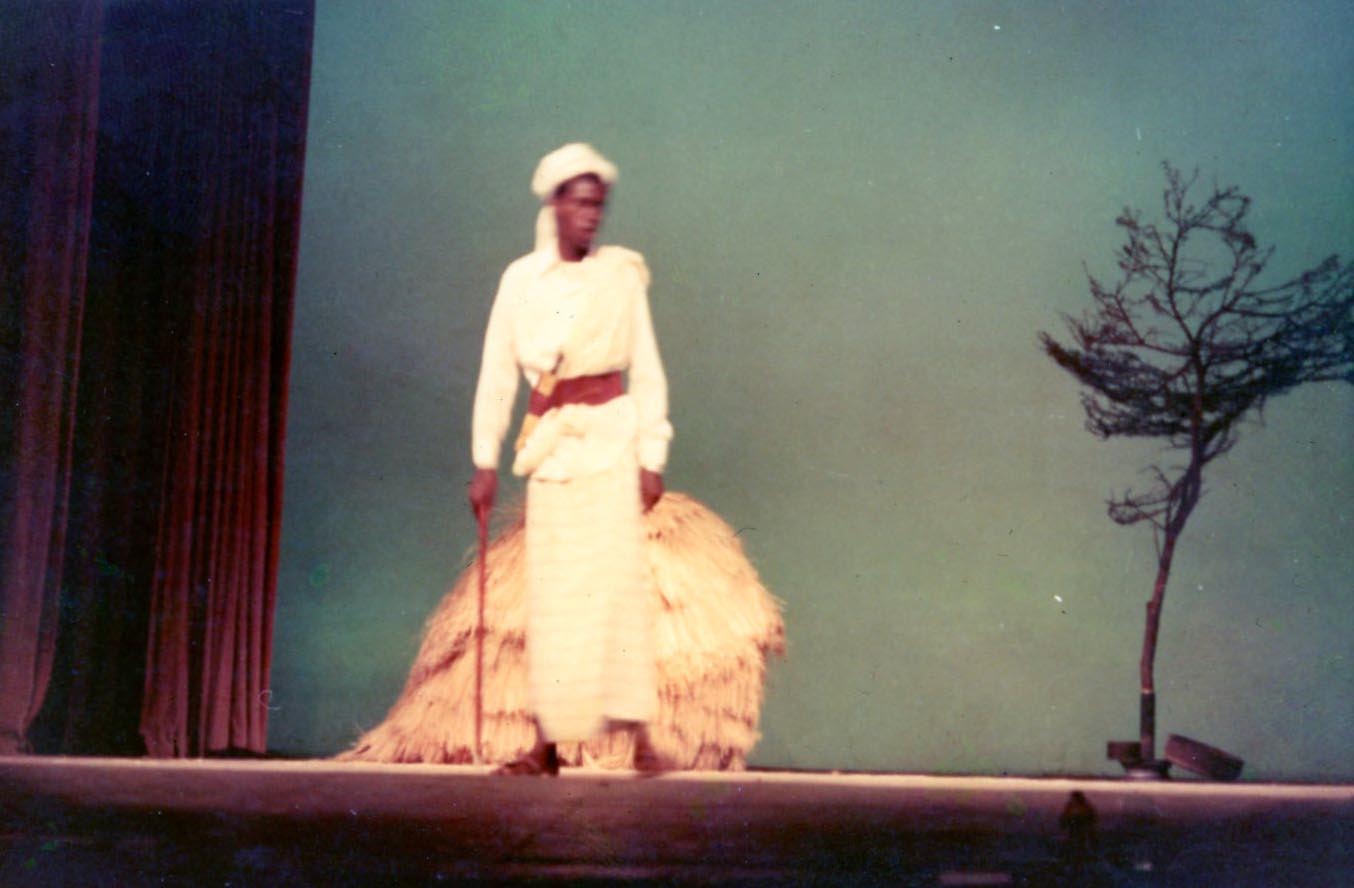 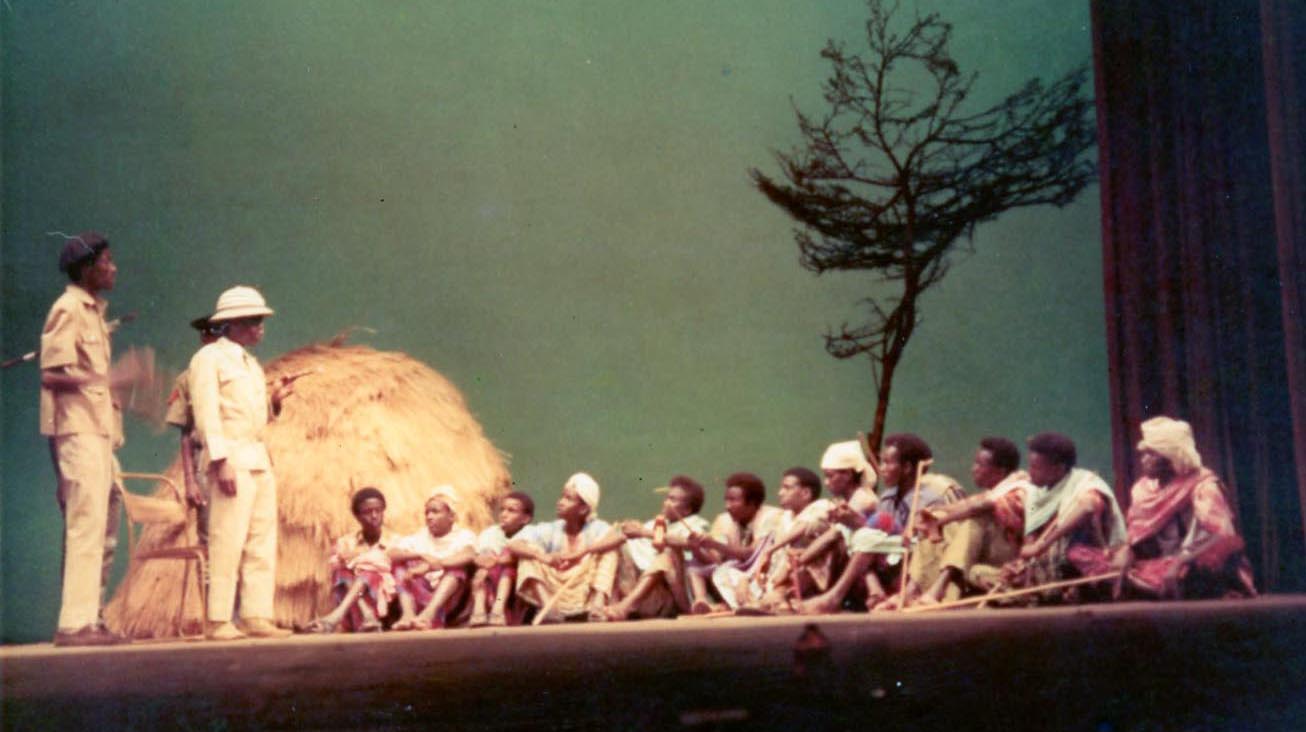