All seats sold for first night

Saturday night saw the curtain go up on two Hindustani plays produced at the Mombasa Institute by Mr. Harbhajan Singh Preet with the assistance of Mr. M. M. Mohinder. Mr. Preet’s dramatic abilities are sufficiently well appreciated by now to act as a draw and almost every seat was sold. But in the theatre, even if fund-raising is the ultimate object; the choice of the play is as important as production and in this instance audience reaction to the first, brief, one-act called Sarai ke Bahar – (“Outside the Inn”) was fully justified.

Written by Krishen Chandra this is a drama wrenched from the lowest, most awesome stratum of Indian life – its beggars. To a backdrop of howling winds a family of three crouch around an angry red fire moaning their lot before the steps of a sumptuous inn. From its barred window there is the promise of leftovers. From behind its portals a shrill harridan pokes her head out from time screaming orders at the beggars’ scrawny daughter – Munee played believably by Sudha Kanhere.

The noisy arrival of a well-fed group of hunters lends some comic relief to the unending air of misery, but it is short-lived for, at the next crook of the harridan’s tongue. Munee disappears behind a red door in the wake of the visitors. No amount of fist pounding by her half-blind father is of any avail. Hours later she staggers out drunk and richly saried clutching rupee notes.

The second play, called Uljahan (“Confusion”) proved to be anything but confusing. Written by Ramesh Mehta it was a witty, drawing room farce, brilliantly produced by Mr. Preet and very well acted by his group.

Mr. Preet’s skilled hand was evident in all the well-timed stage movements and is own impersonation of Narain Singh, the house servant was a lusty joyous portrayal full of vigour and the true dignity of Indian working classes. The impecunious, but immaculate bachelor clerk, played by Mr. Satpall Chopra, was a delight to behold and, with never a suggestion of unnecessary servility or tiresome arrogance – confusion gathered pace through three whole acts to provide 90 minutes of first rate entertainment.

Saturday’s event was organised by the Lions Club. About 3,000/- was received and the Cheshire Homes and the Mombasa Blood Bank will benefit. 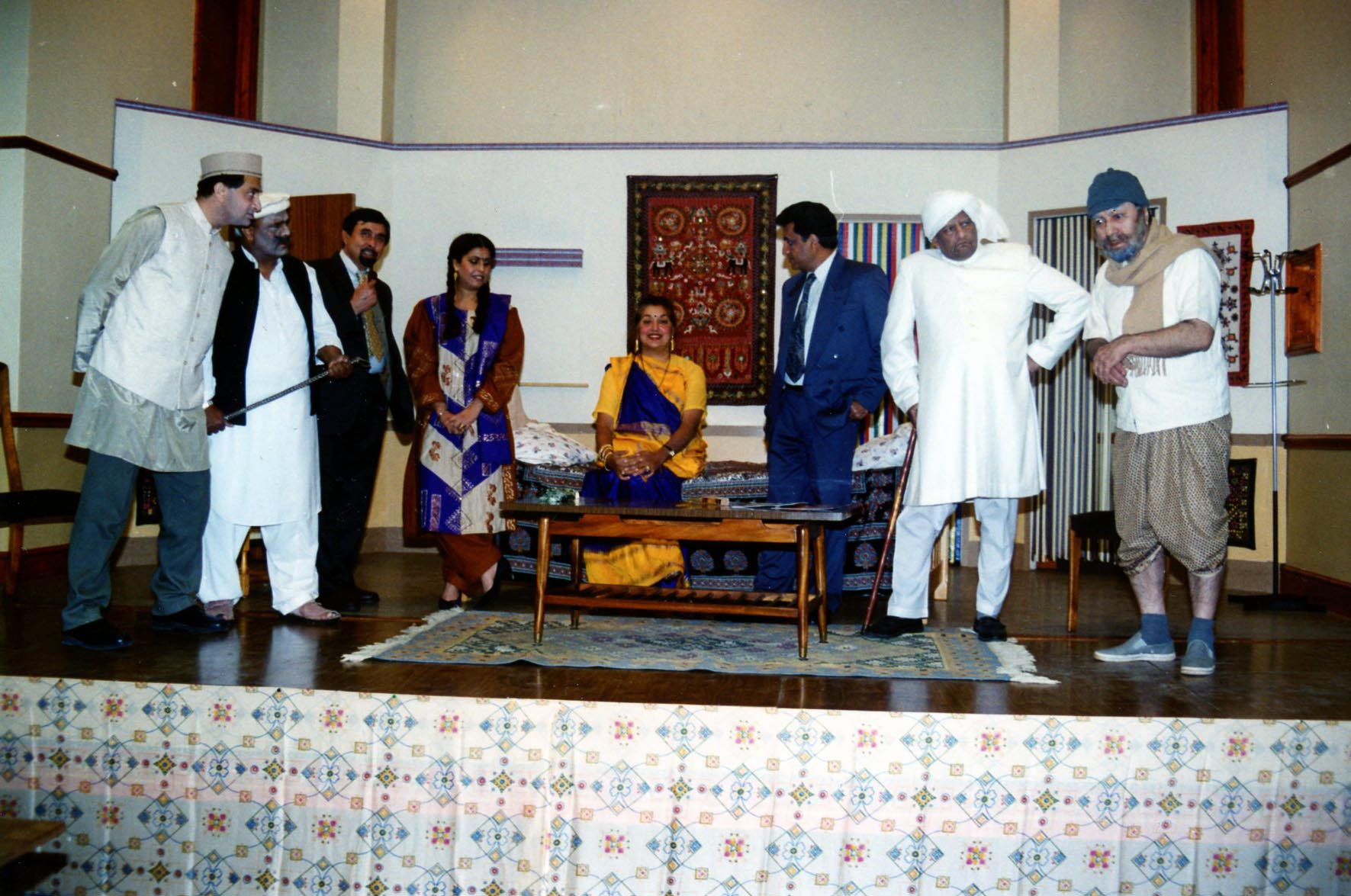 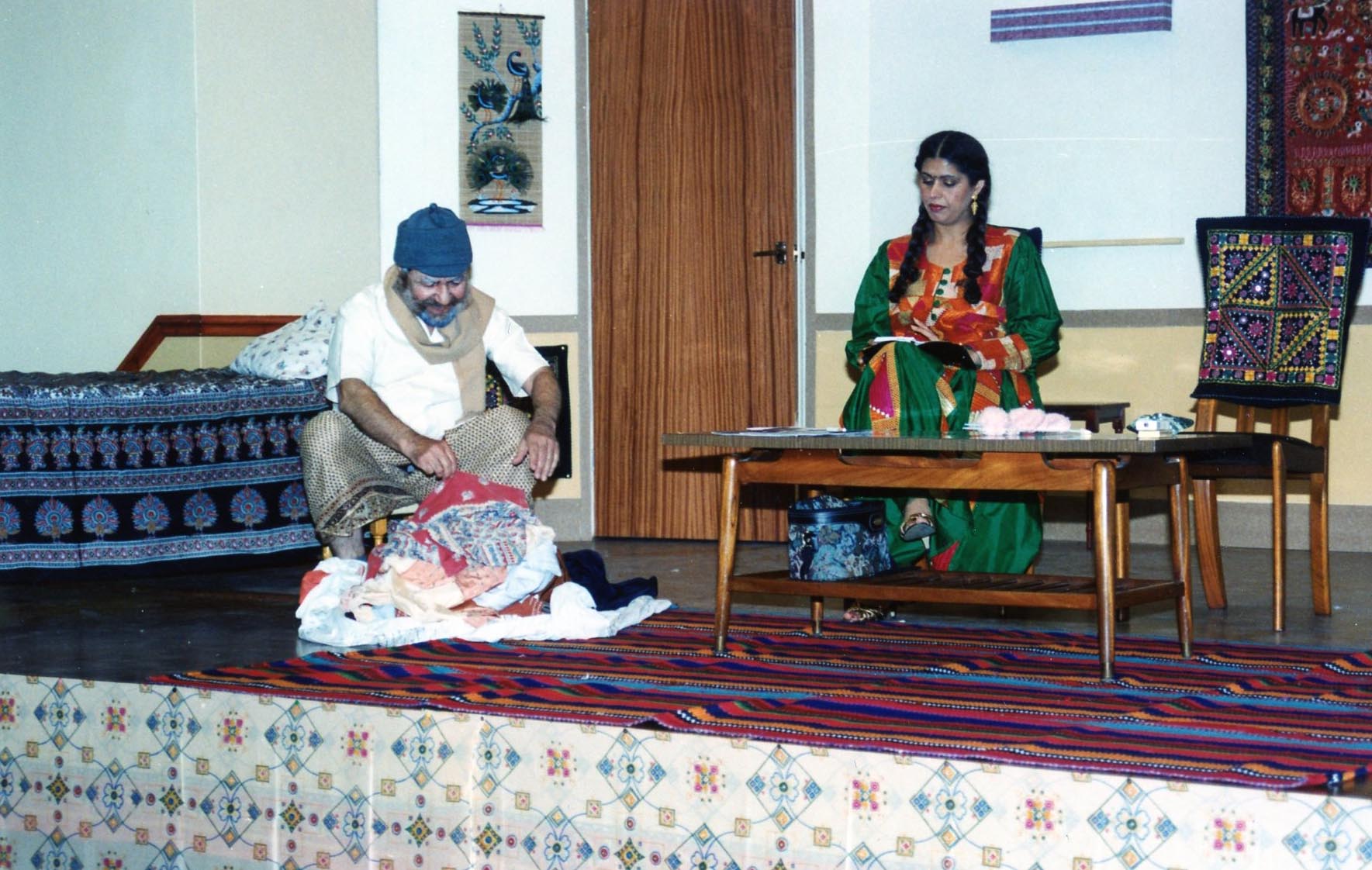 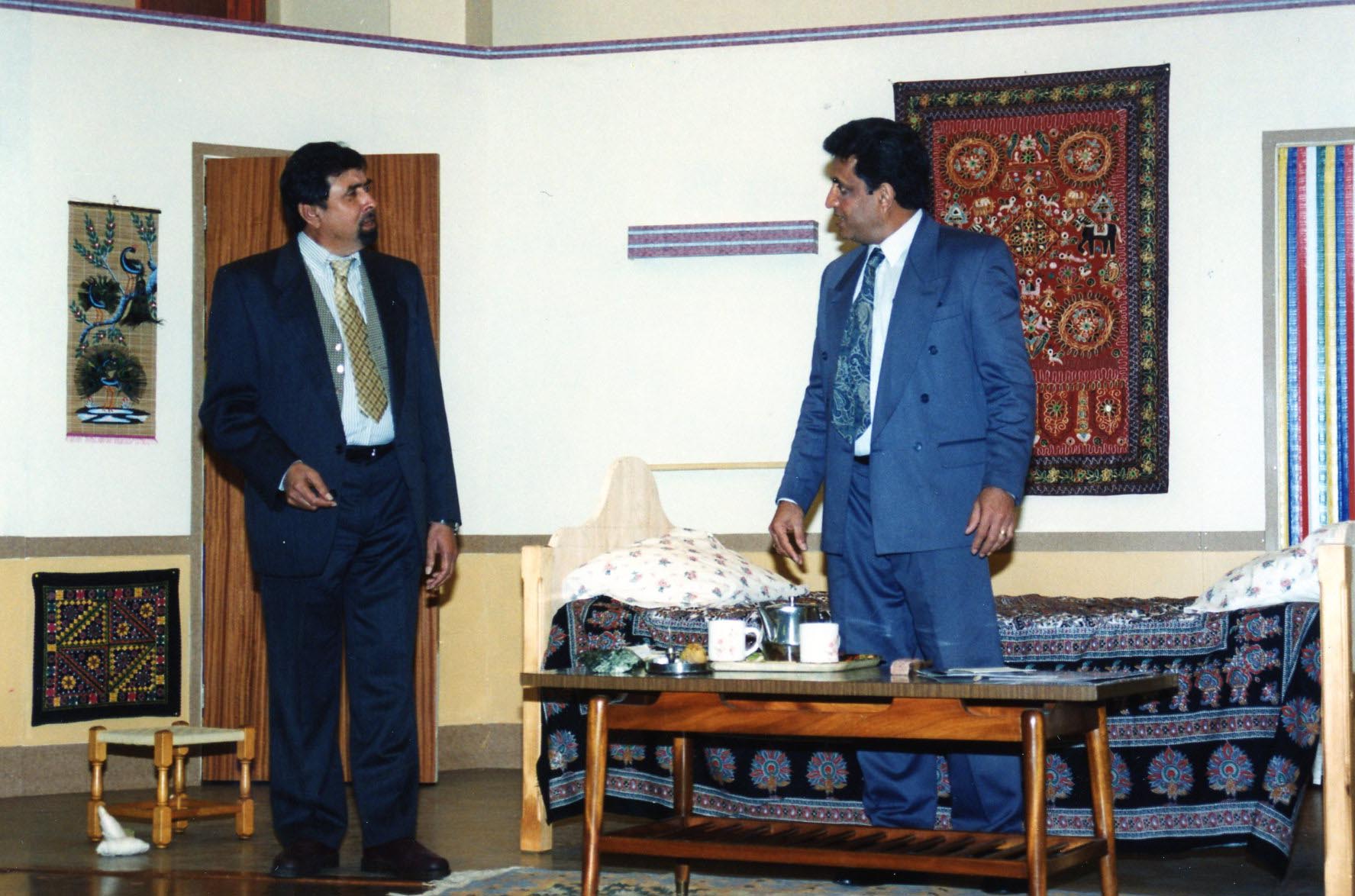 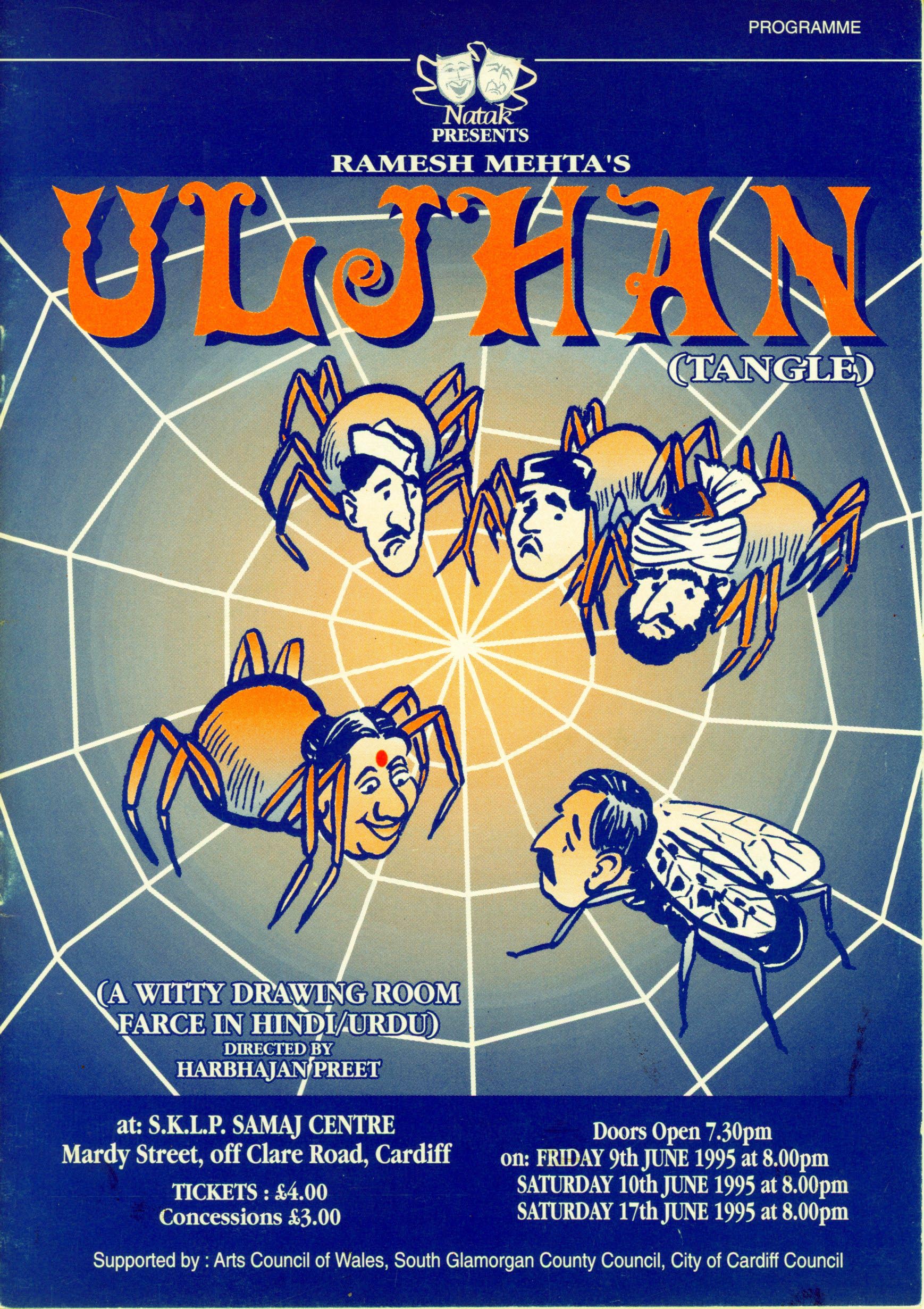 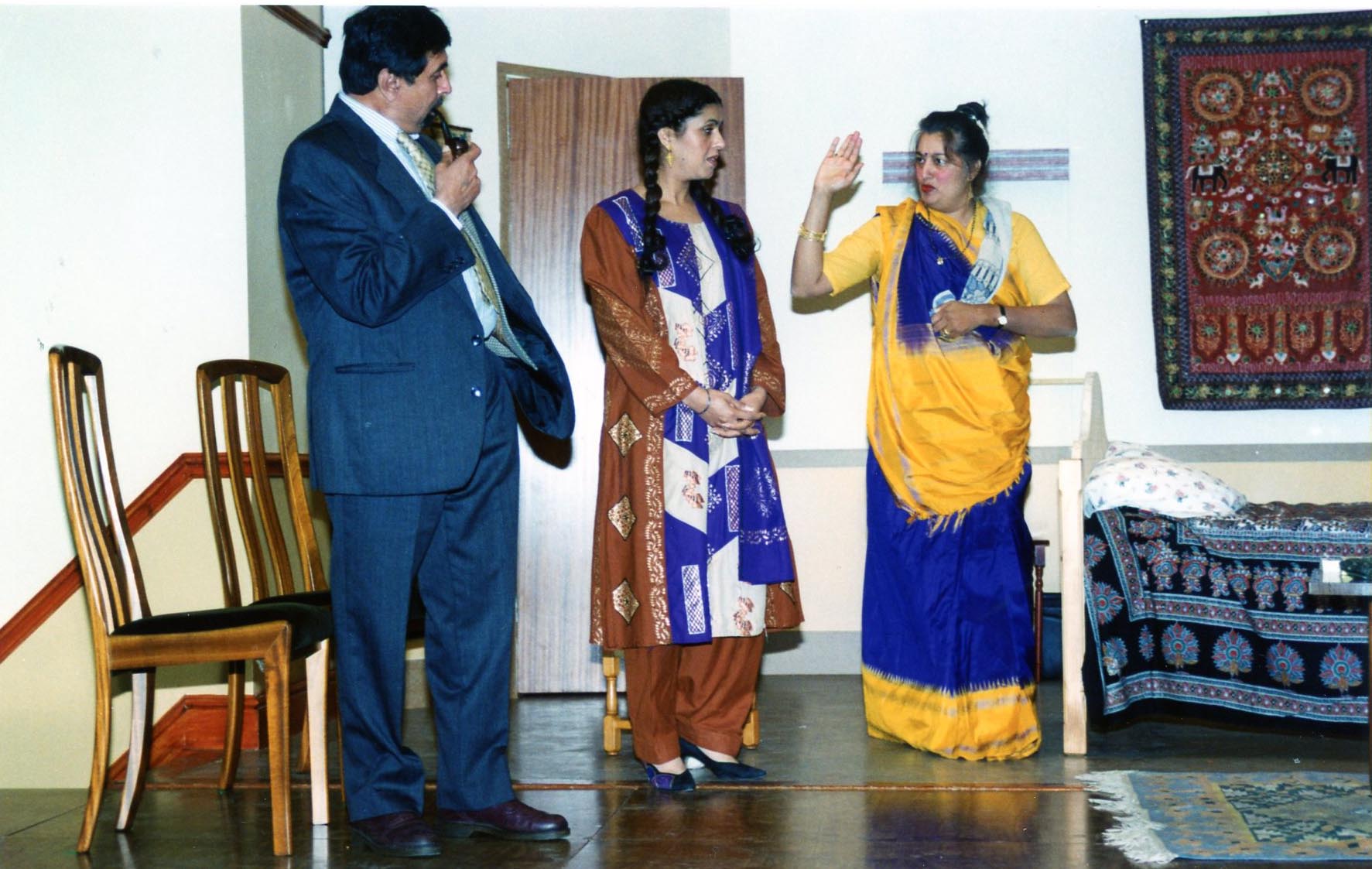