Joseph Clement has created a tradition in the Kenya Theatre with his Asian-cast productions of great plays, and although one of the purposes of these productions is stated to be “frankly educational” he has managed splendidly to avoid the pedestrianism which such a term might imply.

“Kismet” is a declamatory play of some length, and, although it possesses a well-defined central character, of some intricacy, Mr. Clement has been able by judicious pruning and well placed emphasis to produce an entertainment of absorbing interest, and indeed entertainment.

At times there was a tendency amongst the male members of the cast to gabble, especially during the longer speeches, but the action of the play was so carefully maintained that one could readily dispense with the desire either to listen or understand some of Mr. Edward Knoblock’s more tedious period – and some of Mr. Knoblock’s periods can be very tedious!

Of outstanding note was the beautiful movement of the players who although they had often to pace the entire width of the stage never failed to do so with a flowing grace. This charming impression was greatly aided by the superbly designed costumes, and the excellent grouping in the more crowded scenes.

Once again have I seen the National Theatre stage properly lit, and if any of our Kenyan producers, who saw the play, do not now know how to use the cyclorama then they should give up production and take to tatting. In the Harim scene I also saw that stage more beautifully clad than I have ever seen it, and the strong applause which greeted this entrancing piece of décor was most richly deserved. Furthermore how refreshing it was not to have to endure the wishy washy colours which masquerade under that most bogus of titles “pastel shades”. Here were rich robust colours executed in bold materials, trimmed with lush and scintillating tinsels and braids. No poverty of thought was there here, no fear of vulgarity, no timidity.

Every moment was radiant. Even in the Dungeon scene, played on an almost unlit stage there was a splash of gold and rich colour. The part of Hajj the beggar is an exacting part and the fine drawn lines between craven and cringing poverty, arrogant power and riches, and crushing disillusionment would tax the powers of any actor. That at no time was Harbhajan Singh unconvincing, and that at no time did he overplay or emphasise redounds to his credit. He gave a very fine performance. His evil genius the Wazir Mansur was an admirable foil in the hands of Sewa Singh, and his daughter Marsinah played by Grignon Fonseca was a most convincing hostage to fortune.” Many characters in the large cast were perforce “en vignette” but Francis Noronha as Kasim, the one-eyed beggar, and K. K. Dhall as Kutayt the powerful and magnificent jailor were most convincing. It is really almost invidious to select any of the smaller parts for especial praise. Suffice to say at this stage that all were quite excellent. – CLAQUE 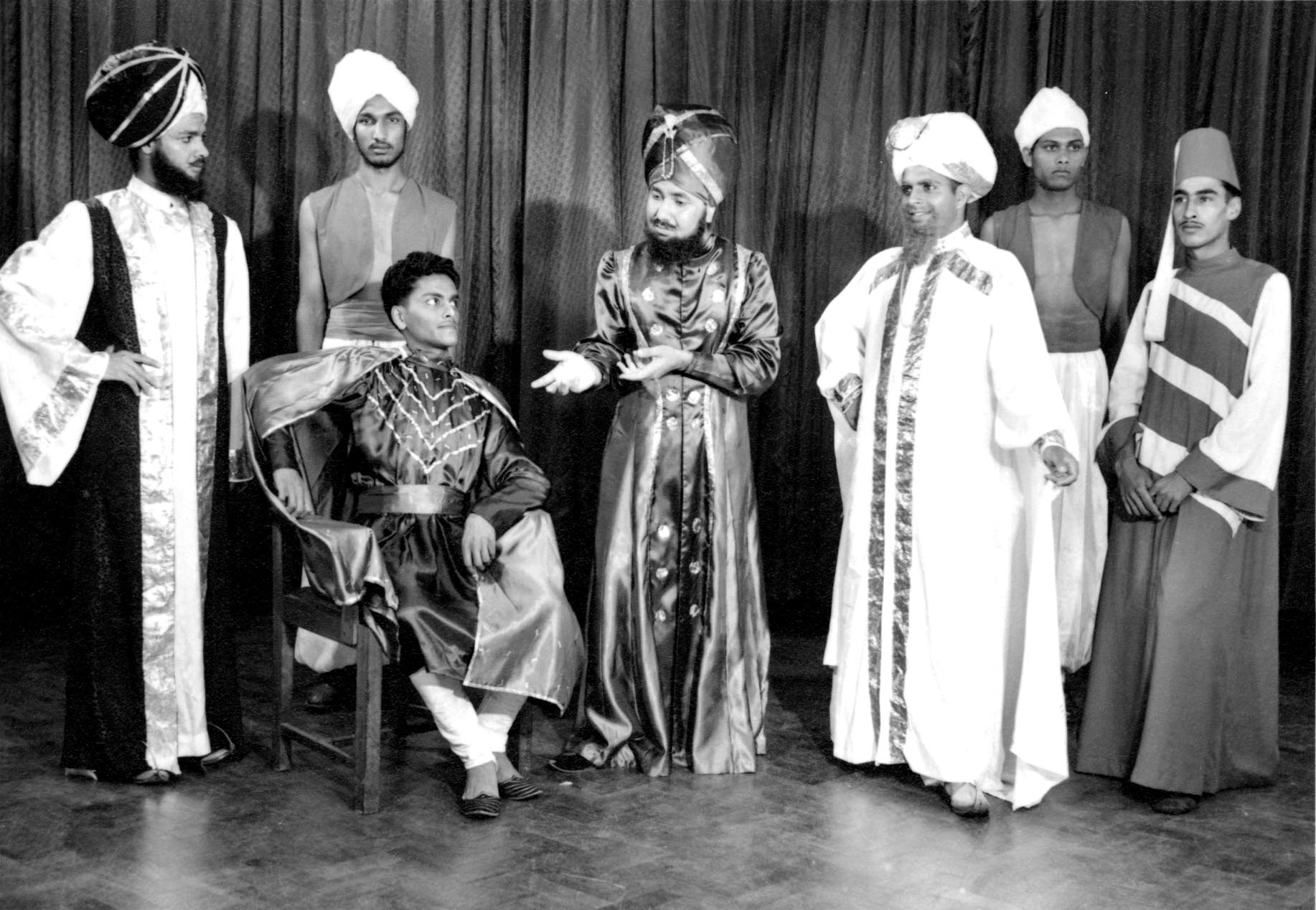 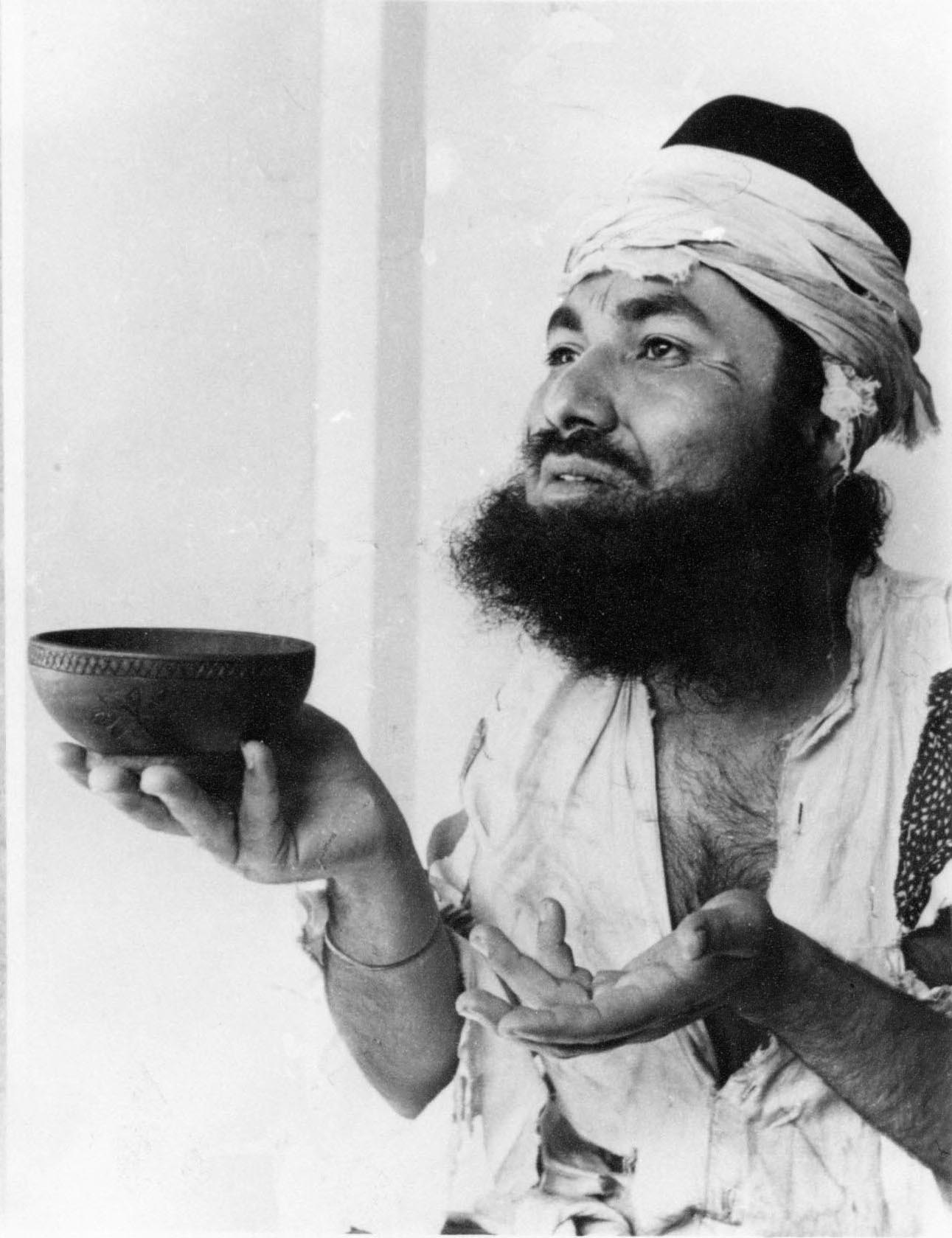 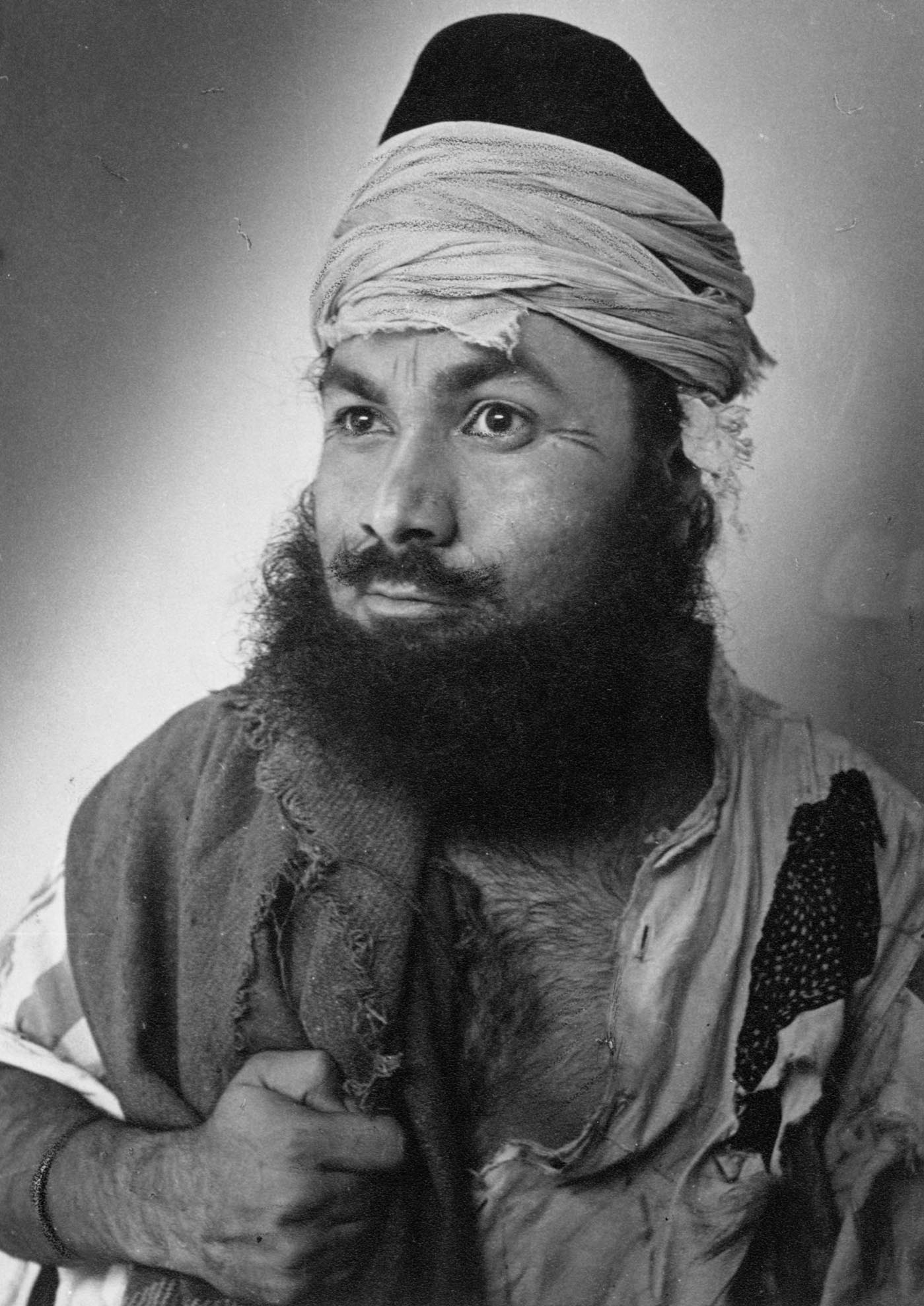 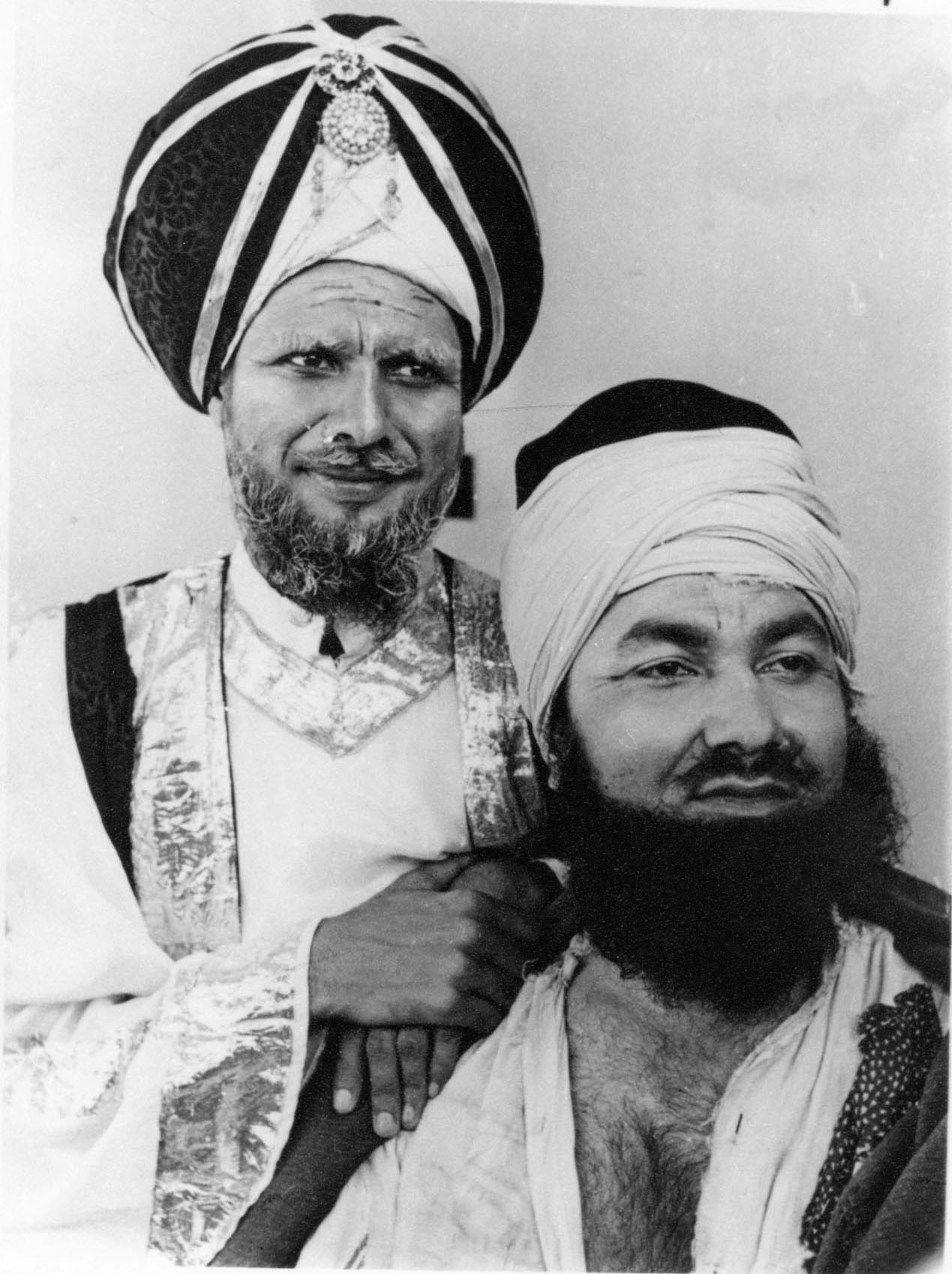 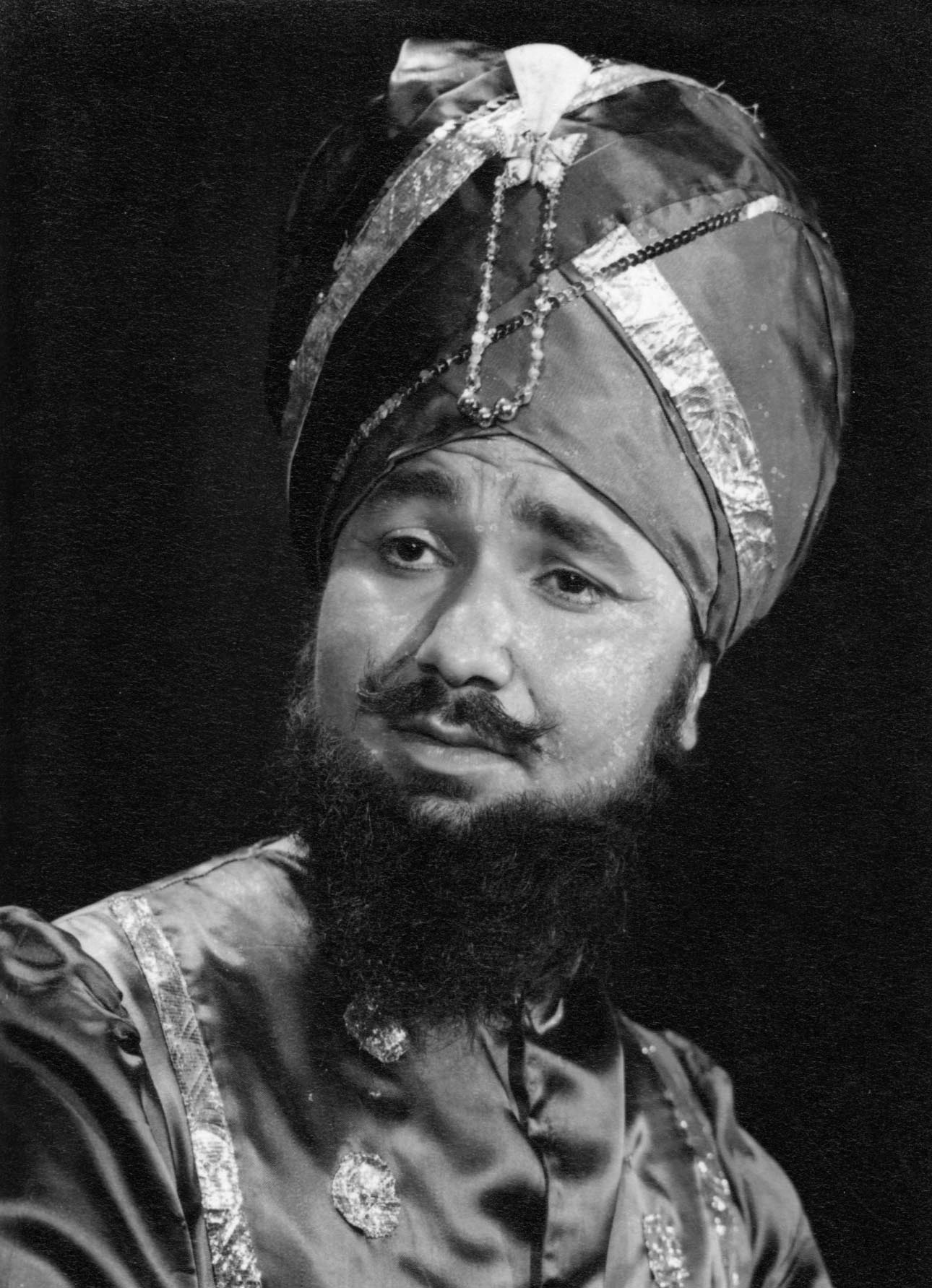 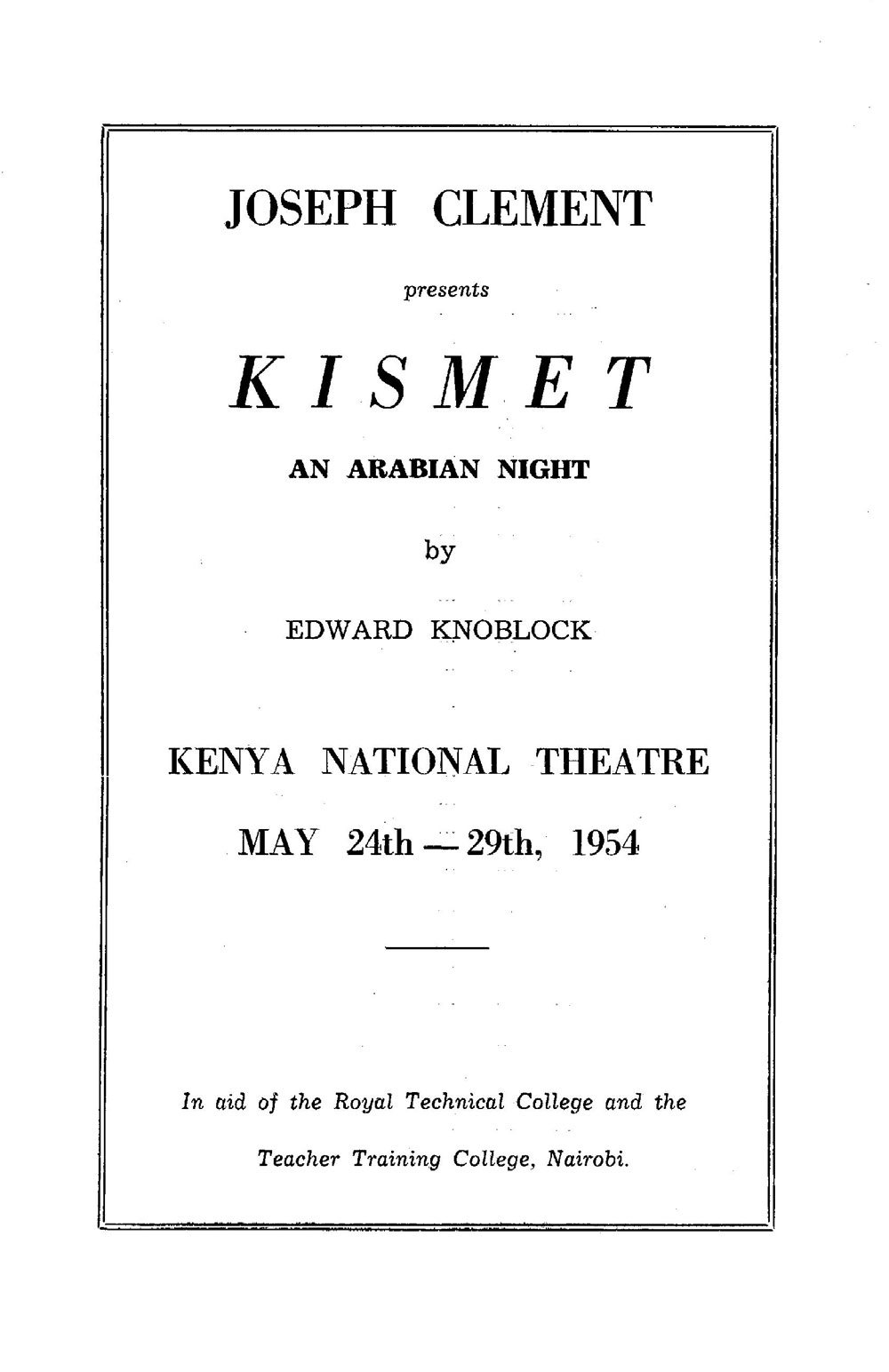 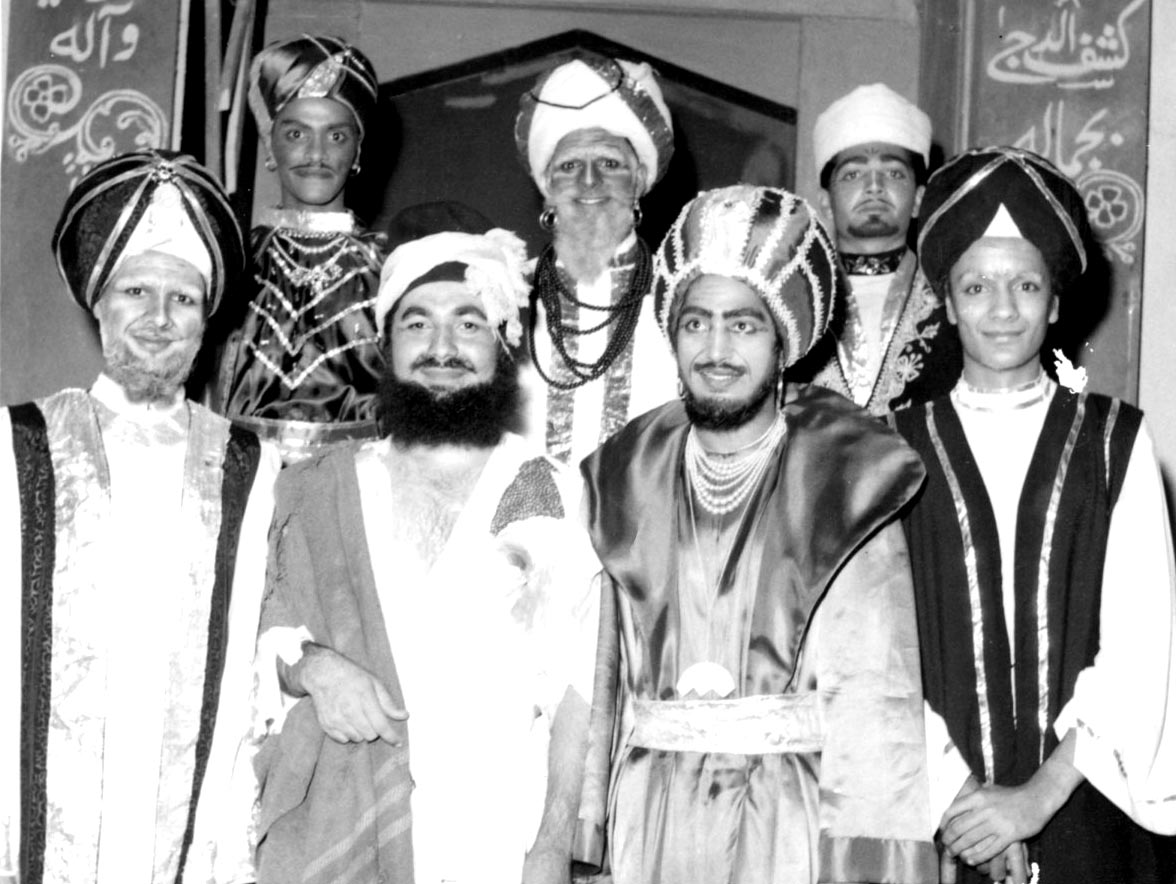